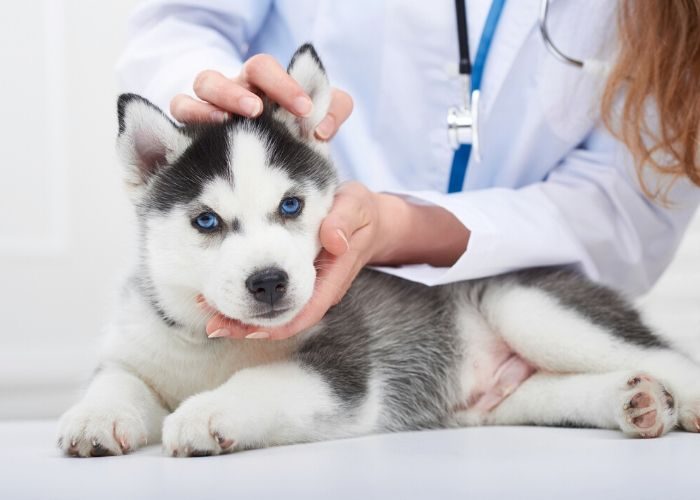 How does a decision to spay or neuter connect to canine arthritis?

Spaying and neutering are just some of the many health decisions dog owners need to make for their dogs, but there is more to consider than just whether to have the procedures done. There has been evidence in recent years that these procedures may influence the development of arthritis and certain cancers in certain breeds of dogs.

It isn’t clear what, if any, link there is between orthopedic disease and cancer, but because some increased risks have been shown for both in dogs that are spayed or neutered, we are addressing both topics in this article.

NOTE: You can find a dictionary of terms at the end of this article that explains the procedures and the anatomy involved.

We start with spaying female dogs and address risks and when is the best time to consider this procedure.

What you should keep in mind 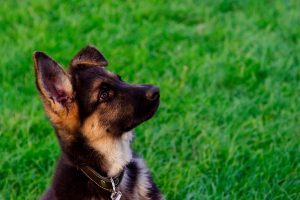 While a clear cause and effect relationship has not been determined for the effects of gonadectomy on the development of orthopedic disease and cancer in dogs, there is compelling evidence that an association does exist, and further research is warranted.

Furthermore, the optimal age, should gonadectomy be performed, has not been determined and is likely dependent on the individual dog and dog owner.

This article will review the current evidence that is challenging the long-held American standard of spaying and neutering all dogs at a very early age.

One key point to be made is that any suggestions implied or conclusions drawn are meant to be for the individual dog and not applied to shelters and population control. There is no argument against the need for decreasing (ideally eliminating) unwanted pets and the high volume of euthanasia performed in shelters across the country; spaying and neutering is an essential part of this effort.

A primary reason that veterinarians recommend spaying is to remove the ability of a dog to get pregnant (contributing to pet overpopulation). Additional reasons to spay a female dog include reducing the incidence of mammary, uterine, cervical and ovarian cancer and preventing pyometra (an infection of the uterus).

Spayed (and neutered) dogs have also been shown to have increased life expectancy compared to intact dogs, yet there are a number of factors that likely influence these results and a true causation effect cannot be concluded. The cause of death appears to differ between spayed and neutered and intact dogs, with spayed/neutered dogs more likely to die of cancer or immune-mediated conditions and intact dogs more likely to die of trauma or infection.

Mammary (breast) cancer is the most common tumor in intact female dogs, and 50% of these tumors are malignant (aggressive, can spread and potentially be deadly).  In 1969, a study came out that reported the incidence of mammary cancer related to the timing of spay. These statistics have been the foundation of our recommendations for spaying dogs for nearly 50 years.

If a dog is spayed between the first and second heat cycle, the chance of developing mammary cancer increases to 8% risk.

When spayed after their 2nd heat, the risk is 26% and there is no further change or increased risk if waiting longer.

However, a recent review of the literature regarding the timing of spay and mammary cancer development found that there were significant statistical flaws in the published studies, and the current available evidence that age of spay influences mammary tumor development is weak.

This means we are unsure whether these statistics are accurate and whether our recommendations for early spay are founded on strong science.

Nonetheless, there is an increased incidence of mammary tumors in female dogs in certain European countries where spaying is uncommonly performed compared to the USA.

Furthermore, certain breeds of dogs may have an increased risk of mammary cancer; these include:

CARE TIP: Until additional research is available that clearly describes the relationship between spaying and mammary tumor development, dog owners should discuss the timing of spay with their veterinarian, considering the breed of dog as well as additional factors listed below.

CARE TIP: Should you elect to not spay or post-pone spaying until after maturity, ask your veterinarian to show you how to perform regular mammary chain examinations (breast exams) of your dog to detect early tumor development.

Spaying and other cancers and infections

Uterine, cervical and ovarian tumors are not common (0.3-0.5% of all tumors in dogs) and rarely deadly in dogs.  Spaying is typically curative.

Because the incidence is so low, spaying a dog to prevent the development of these tumors is not warranted. Along these lines, surgical procedures that remove only a portion of the reproductive tract, ovariectomy (rather than ovariohysterectomy) and ovarian-sparing spay (hysterectomy), are reasonable surgical procedures for population management and preventing pyometra.

*NOTE: ovarian-sparing spay is not considered gonadectomy. The purpose of this procedure is to remove the potential for pregnancy and pyometra but save the potential benefits afforded by the hormones produced by the ovaries.

Pyometra is an infection of the uterine lining that develops under the influence of hormones secreted from the ovaries. Both the ovaries and uterus must be present for the condition to develop.  It is a severe, life-threatening condition that typically develops in intact female dogs between 4-10 years of age.

In countries where spaying is uncommon, the incidence of pyometra is between 15-24%.

Breeds that are at a higher risk included 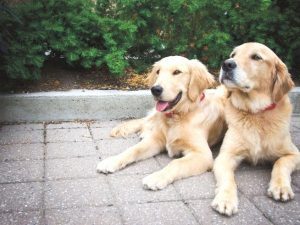 Spaying (removing the ovaries and uterus) is curative for pyometra so long as it is performed quickly (typically an emergency surgery). The mortality rate with pyometra is up to 17% if the dog becomes septic.

In summary, benefits of gonadectomy (removal of the ovaries) in female dogs include:

A number of studies have found that spayed and neutered dogs have a higher incidence of CCLD and HD compared to intact dogs.

The overall incidence of joint disorders in intact female Golden Retrievers and Labradors is reported to be 5%. A retrospective study of 364 females Golden Retrievers found that no intact females had documented CCLD compared to 7.7% of females that were spayed at <12 months of age.  In this study, there was no significant difference in the development of ED or HD between intact and spayed females.

The same group of researchers also retrospectively evaluated Labrador Retrievers and found that CCLD and HD were increased in spayed compared to intact females. There was no significant difference in ED between spayed and intact female Labradors.

Increased body weight and obesity have been associated with increased incidence and symptoms of HD, CCLD, and ED as well as cancer.

The development of cancer is multifactorial, including genetic and environmental influences.  Recently, there has been evidence suggesting that gonadectomy is associated with an increased risk of certain tumors in dogs.  The cause and effect relationship is not yet known, as all published studies at this time are retrospective and correlative. However, further research is indicated.

Currently, the available evidence suggests the following tumors may be increased in spayed dogs compared to intact female dogs:

The primary reasons to castrate male dogs include:

A common misconception is that castration will decrease prostate cancer and aggression. Rather, prostate cancer is increased by 4x in neutered dogs compared to intact males.

One thing that most behaviorists will agree upon is that intact dogs displaying behavioral disorders, particularly aggression, should not be bred and should ideally be neutered.

In summary, the potential benefits of castration include:

In 2008, a study was published that looked at 1.2 million dogs, evaluating the prevalence of and risk factors for HD and CCLD in dogs.  This study reported that castrated male dogs were significantly more likely than intact males to have HD and CCLR. Breed was also highly correlated to the risk of developing both conditions. Golden Retrievers and Labradors were among the breeds with increased risks of both conditions.

Another study reported on 395 male Golden Retriever and found that males castrated at less than 12 months of age were twice as likely to develop HD as intact males. There were no reports of CCLD in intact male Goldens. There was a 5% incidence of CCLD in dogs neutered at <12 months.

In summary, it appears that neuter status likely does influence the development of HD, CCLD, and ED in certain breeds, though the cause and effect relationship has not been identified.

Neutering at < 6 months has been associated with increased risk of orthopedic disease in Golden Retrievers, Labradors, and other breeds. As there is no clear medical benefit to castration of male dogs <6 months (or <12 months for that matter), it is advisable that male dogs be neutered following skeletal maturity. Again, this recommendation will not hold true for dogs in a shelter environment where population control is prioritized.

As discussed above with regard to female dogs, castration has been linked to increased obesity, which in turn, contributes to the development of orthopedic disorders.

It is important to decrease the amount of food that dogs are being fed after they are neutered since their metabolism will slow down.

Currently, the available evidence suggests the following tumors may be increased in neutered compared to intact male dogs:

In conclusion, the decision for if or when to spay or neuter your dog should be made after careful discussion with your veterinarian.

You should consider your dog’s breed, intended job or activity, temperament, and your ability to responsibly prevent unwanted pregnancy. Weighing the incidences and treatability of diseases prevented or increased with gonadectomy should be considered. Gonad-sparing surgery (hysterectomy, vasectomy) may also be discussed.

It is also important to discuss weight management and optimal nutrition, behavior training and socialization, and monitoring and early detection of conditions such as mammary and testicular cancer, mast cell tumor, and orthopedic disease.

In the future, we will hopefully have additional evidence from prospective, randomized trials from which to base our medical recommendations.

Definitions to know for this article:

Hoffman JM, Creevy KE, Promislow DE.  Reproductive capability is associated with lifespan and cause of death in companion dogs. PLos One 2013; 8(4):e61082.