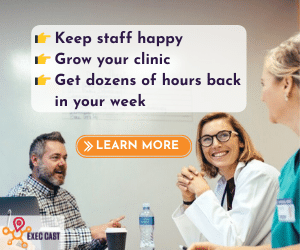 CCL Overview (Similar to the ACL in Humans!)

The cranial cruciate ligament (known as the anterior cruciate ligament or ACL in people) is one of several ligaments in the stifle (knee) that connect the femur (thigh bone) to the tibia (shin bone). The CCL has 3 main functions:

When the CCL is damaged, it is called a sprain (much like a “sprained ankle”). Veterinarians may also refer to CCL sprain as CCL rupture (CCLR). However, it is important to note that some dogs will have symptoms of lameness before the CCL has actually ruptured.

DID YOU KNOW: CCL sprain is one of the most common causes of hind limb lameness in dogs.

This article covers why the CCL becomes damaged, what signs to look for if your dog has a CCL sprain, and how your veterinarian will diagnose a CCL sprain.

Why does the CCL rupture?

In people, the ACL typically ruptures as the result of a serious injury, often related to sports. However, in dogs, CCL sprain is rarely the result of a traumatic injury.

Rather, dogs tend to experience CCL “disease”, meaning that the ligament degenerates or weakens over time due to genetic, conformational, and/or immune-mediated processes within the joint.

It is believed that mild inflammation, or synovitis, is present in the stifle joint prior to the CCL actually tearing. The ultimate cause of CCL disease is not fully understood but is the subject of a lot of research among veterinary scientists.

There are risk factors for CCL sprain, including:

The weakened CCL is at risk for damage or “sprain.” A sprain can be divided into 3 grades:

The degree of CCL damage can progress from Grade 1-3 sprain over days to years.

CCL sprains will lead to progressive arthritis in the stifle joint.

Typically, dogs with weak CCLs will have a mild sprain at first, then partially or completely rupture the ligament following vigorous activities such as running or jumping. Unfortunately, the condition that causes CCL disease is often present in both stifles, and about 50% of dogs will rupture both CCLs within 1-2 years of each other.

Are any other parts of the joint affected when the CCL ruptures?

Quite often, yes. The medial and lateral menisci are fibrous pads attached to the top of the tibia that provides added stability to the stifle. The medial meniscus is often injured after CCL rupture (Grade 2 or 3 sprains).

Without the support of the CCL, the femur puts abnormal pressure on the medial meniscus, which can lead to tearing.

What signs will I see if my dog has a CCL sprain?

CCL sprains will lead to varying degrees of lameness, depending on how much damage to the CCL is present and how quickly the damage occurs. No matter what degree of sprain has occurred, there will be inflammation in the stifle joint and likely some degree of pain.

There are most common scenarios that can occur with CCL sprain:

This means that the ligament sustains severe tearing all at once. This is actually the least common type of CCL rupture.

Following an acute rupture, your dog won’t want to bear weight on the affected hind leg. The lameness will likely improve over the next several weeks; however, if it suddenly gets worse, it could indicate that the medial meniscus has become damaged. At that point, your dog will not return to normal function without some evidence of lameness.

Audible clicking or popping may be heard if the meniscus is torn. It’s rare for dogs to have acute ruptures of the CCLs in both hind limbs. But if this happens, it could result in your dog not being able to stand up with their back legs and they may appear paralyzed (but they aren’t!). This scenario is very uncommon.

With chronic CCLR, you may not recall a specific incident that triggered lameness, but you will notice waxing and waning limping over weeks to months.

Over time, the body tries to stabilize the knee by surrounding the joint with scar tissue. This will look like a swollen knee and your dog’s range of motion in the limb might be compromised. Arthritis will develop inside of the joint as a result of this chronic instability.

Typically, dogs can still bear weight with chronic CCLR, but lameness gets worse after exercise or activity.

These are less obvious, but they are the most common type of injuries.

How will a veterinarian diagnose CCL sprain or rupture?

The first part of your veterinarian’s exam will consist of learning the history of your dog’s lameness. They will ask if there was a known trauma and if anything has helped resolve the lameness.

Then, they will watch your dog walk and move around the exam room in order to characterize their degree of lameness. Importantly, some dogs will “hide” their lameness when at the vet due to increased adrenaline. Your vet will use additional exam techniques and clues that point toward a diagnosis of CCL sprain.

One test that your vet should do is watch how your dog sits. If he sits on one hip, with the other leg held somewhat out to the side, this is called a “positive sit test.” This is not 100% diagnostic for CCL sprain, but if you have noticed that your dog has recently been sitting this way, as opposed to symmetrically with both knees bent at their side, there is a very good chance they have a CCL sprain.

Next, your veterinarian will palpate your dog, including the knee (stifle) of concern. The first sign of an early CCL sprain is discomfort with full extension of the stifle. One of the jobs of the CCL is to prevent hyperextension of the stifle, so if force is applied that starts to stress the ligament, the body reacts by pulling back since it knows the ligament is not fully functional.

Other signs of CCL sprain are muscle atrophy, swelling inside the stifle joint, known as joint effusion, and firm swelling surrounding the stifle, known as a medial buttress.

The hallmark of a CCL rupture is palpation of instability in the stifle joint using the “cranial drawer” and/ or “cranial tibial thrust” tests. In order to feel this, your dog may be placed on his/ her side or remain in a standing position, and your veterinarian will feel the stifle for abnormal motion. If either of these tests is positive, they will make a diagnosis of a CCL tear (either a Grade 2 or 3 sprain).

Testing for cranial drawer or tibial thrust is not painful; however, some dogs might be too tense or nervous to allow a thorough exam. If this is the case, your veterinarian might recommend giving your dog a sedative to complete the examination.

Patients with chronic ruptures associated with a large amount of scar tissue and arthritis may not exhibit cranial drawer.

Your veterinarian will also likely order X-rays to rule out other potential causes of hind-limb lameness and to evaluate the extent of arthritis within the joint. 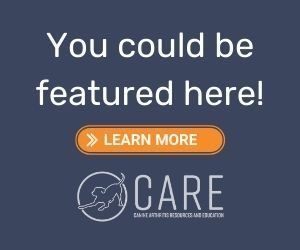