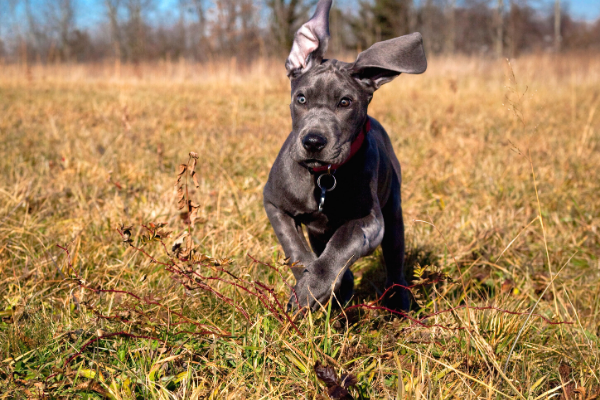 How to Feed Large and Giant Breed Puppies for Joint Health

Large and giant breeds of dogs are at greater risk of developing arthritis as they age. Do you know how to feed giant breed puppies for joint health now and as they get older? 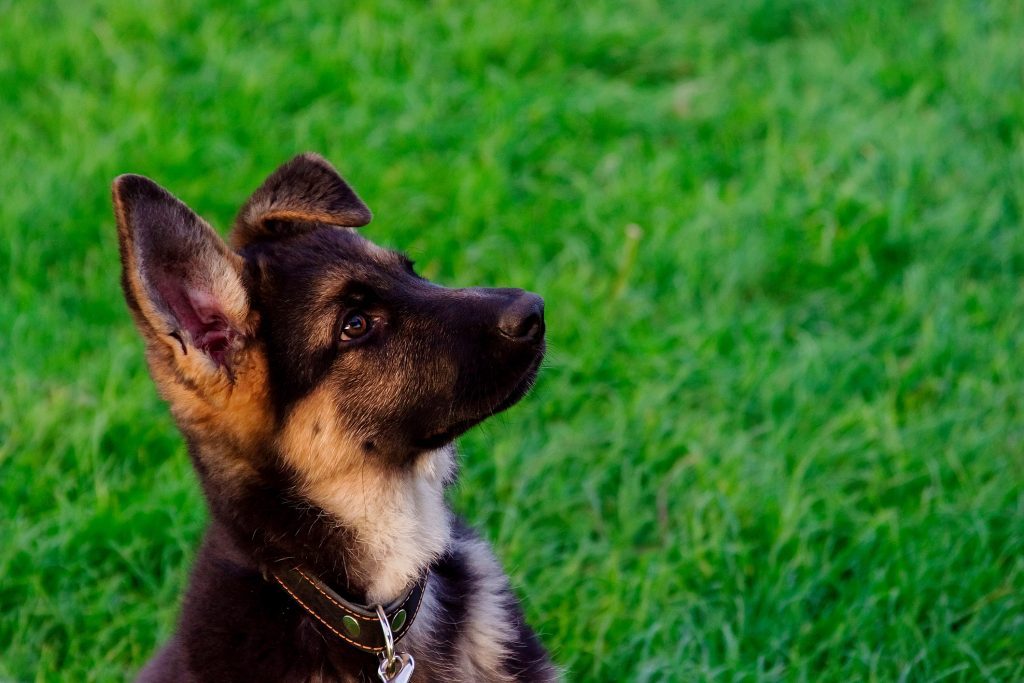 Arthritis has been shown to affect at least 20% of dogs over one year of age (with new research indicating it might be even higher than this!), and its prevalence only increases, by up to 80%, as pets age.

There are many ways available today to help deal with chronic arthritis pain, including medications, supplements, therapeutic exercise, weight loss programs, manual therapy, acupuncture, and modalities such as LASER and Extracorporeal Shockwave; but what if you could start keeping your dog’s joints healthy when they are just a puppy – before they develop arthritis? This is important to consider, as arthritis is a progressive disease that gets worse with age.

There are many things that can contribute to a dog developing arthritis including genetics, trauma, age-related degeneration of the joint structures, obesity, and overuse injuries. One common cause of osteoarthritis is Developmental Orthopedic Disease or DOD. Conditions such as hip dysplasia, elbow dysplasia, and osteochondrosis desiccant (OCD) fall into this category.

By far, the largest risk factors for DOD include the following:

Dogs that will weigh more than 55 pounds at their adult size are considered large breed dogs.  A dog that weighs more than 99 pounds is considered a giant breed. Why are these breeds at a higher risk for DOD?

Until the growth plates have closed, this area is considered to be unstable and at risk for trauma which can lead to anatomic deformity, incongruent joints, and ultimately osteoarthritis.

Genetics play an important role in DOD as well. Certain breeds such as Labradors, Great Danes, and German Shepherds have a higher risk of developing joint problems, so it’s important to help protect their joints from a young age. 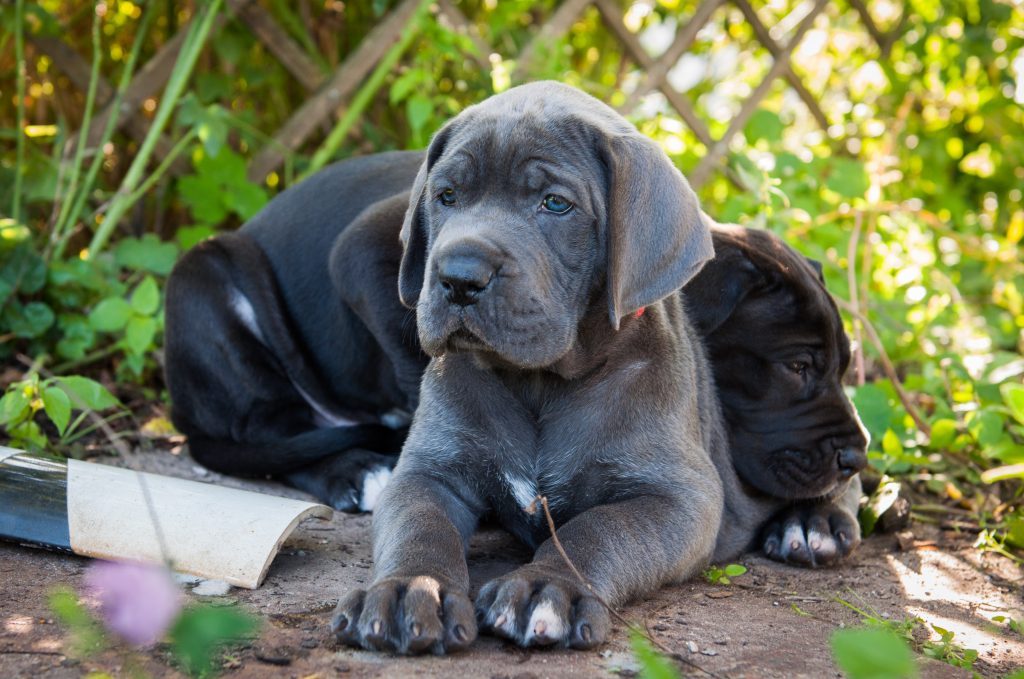 You might think it’s easier to let your puppy free feed and eat whenever they want, but this can lead to overnutrition and consuming too many calories, particularly too much fat. Free feeding increases the risk of obesity, which can set your dog up for many other health conditions. Resist the temptation to let your dog set their meal schedule!

A landmark study compared dogs being fed a calorie-restricted diet versus free feeding over a lifetime. The results of the study demonstrated that the calorie-restricted fed dogs had reduced risk and severity of many diseases, and on average lived two years longer!

Puppy foods are typically very high in energy and fat to assist with proper growth, but, if too much energy is taken in, their skeletal system can be stressed more. This happens because their weight increases at a rapid speed, but their bone development can’t keep up to support the burden. This imbalance promotes damage to the skeletal system such as OCD lesions within joints.  Fast growth also enhances bone remodeling which can result in decreased bone density.  So, you have a puppy with excess weight and weak bones, a recipe for joint problems later in life.

Overnutrition also influences a variety of hormones such as growth hormone and insulin. Altering the concentration of these hormones can affect the stability of growth plates in dogs.  As previously discussed, large/giant breed dogs already have an inherent risk with growth plate stability, which makes these hormonal influences an even bigger concern.

Many studies have looked at the link between mineral imbalances and DOD.  The most likely culprits are calcium, vitamin D, and phosphorus. These minerals, along with other hormones, must maintain a delicate balance to allow for proper growth while avoiding pathology. Too much or too little can lead to serious health conditions.

Calcium is the most important element of bone mineralization and is vital for proper skeletal development. Large/giant breed puppies fed foods high in calcium have an increased risk of DOD, most notably OCD lesions on joints like their shoulders, elbows, and ankle joints. Delayed skeletal maturation and growth of the long bones, angular limb deformities, and other conditions have also been found in puppies fed high calcium diets.

Vitamin D levels in food are also important, as vitamin D helps to increase the amount of calcium absorbed from the gastrointestinal tract. Puppies passively absorb 70% of total dietary calcium from the small intestinal tract.  They are less able to regulate nutrient absorption compared to full-grown adults.  Therefore if a puppy is taking in too much Vitamin D, they are also likely absorbing too much calcium.

We naturally want our puppies to grow up healthy and strong and might try to help that through supplements. Commercial puppy foods are carefully balanced to have the right amount of vitamin D, calcium, and other minerals. Using supplements while your puppy is growing can throw off that balance, increasing their risk of a DOD like elbow or hip dysplasia and eventually arthritis.

NOTE: It is not recommended to supplement growing large/giant breed puppies that are fed a commercially made diet.

Feeding a diet that is appropriate to the puppy’s life stage and breed is important. If possible, look for a diet that is specifically formulated for the unique nutritional requirements of large/giant breed puppies.  Large-breed puppy growth diets are less energy-dense, thus reducing the risk of overfeeding. They also have appropriate calcium and phosphorus levels.

If you are feeding your puppy a homemade diet, make sure you consult a veterinary nutrition specialist to ensure you are correctly balancing the minerals in their diet.  To learn more please visit: www.acvn.org/nutrition-consults

A Final Note of Caution

In the past, veterinarians and breeders have recommended transitioning large/giant puppies to adult dog food at an early age to help slow their growth.  Adult dog food is generally less energy-dense, thus, less calorie-dense.

However, this is risky because the energy density and calcium levels of the thousands of adult dog foods available are so variable. Some may be higher or lower in calcium and calorie density than the growth food the pet was just transitioned away from.  Depending on the energy density and calcium concentration, your puppy may actually take in even more calcium than they would have if they were just kept on puppy formula.

The best advice is to continue the large/giant breed puppy on a large breed growth formula until they reach skeletal maturity.