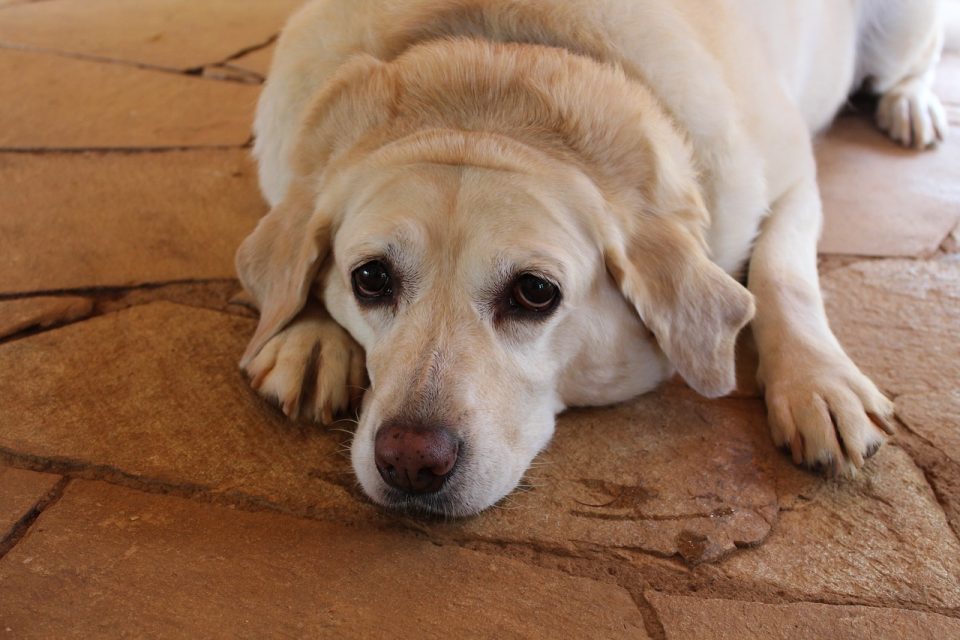 NSAIDs are generally considered the foundation of pain management for dogs with arthritis, but they only target one type of pain transmitter.

Want to know more about NSAIDs? Read our article here

Much like in people, chronic pain in dogs can also include neuropathic pain, where nerves become a source of pain instead of just the transmitters. There are other oral pain medications that target different pain transmitters and might be helpful in managing your dog’s pain.

A clinical trial found that using amantadine in addition to NSAIDs led to a significant improvement in activity level, compared with dogs who received the placebo.

If your dog is currently on NSAIDs for chronic pain, adding amantadine could likely help them move around more easily. It’s not known is amantadine is effective when used on its own.

Talk to your veterinarian about whether amantadine might be beneficial for your dog. Side effects are uncommon but could include agitation, flatulence, and loose stools/ diarrhea, particularly at the start of amantadine usage.

Gabapentin prevents the release of the neurotransmitter, glutamate. When a dog has damaged nerves (neuropathy), more neurotransmitters are released and the dog then experiences neuropathic pain.

Gabapentin is commonly recommended for chronic, neuropathic pain, which often develops in dogs with arthritis.

Gabapentin should ideally be given three times a day to maintain steady blood levels. But, it can cause sedation.

Your veterinarian may recommend starting with giving this twice a day and work up to 3 times/ day. Side effects other than sedation are uncommon, but rarely dogs will become agitated.

Lyrica is similar to gabapentin in that it blocks the release of neurotransmitters. Two potential benefits of Lyrica are improved bioavailability (the amount of the drug that enters the bloodstream) and a longer half-life. That means your dog can take it twice a day if recommended by your veterinarian.

However, Gabapentin is a more cost-effective option for many dog owners.

Tramadol used to be prescribed routinely by veterinarians to treat pain. However, after more research became available, it has shown that tramadol is not an effective pain reliever for the majority of dogs with arthritis.

Tramadol is not currently recommended for treating arthritis in dogs, as the amount that is able to be absorbed and effective in the body diminishes significantly after just one week of regular doses.

Acetaminophen does not significantly reduce inflammation but is sometimes used to minimize pain. However, no studies have been done specifically looking at acetaminophen use in dogs with arthritis.

Many veterinarians treating chronic pain will recommend acetaminophen for dogs with arthritis or other types of severe pain (ie, bone cancer).

IMPORTANT: ACETAMINOPHEN (TYLENOL) MUST NOT BE GIVEN TO CATS AS IT WILL CAUSE FATAL LIVER DAMAGE. The mechanism that causes toxicity in cats is not present in dogs, however, it is typically advised to avoid use in dogs with poor liver function.

Codeine, which is a type of oral opioid, is not considered highly effective for managing chronic pain from arthritis, partly because it’s poorly absorbed by the body.

Studies have found that only 4% of the drug dosage actually circulates through the body. However, there are no studies that have specifically looked at codeine in dogs with arthritis. It may be used to treat chronic pain when other pain relievers are incompletely effective or cannot be given. It is sometimes mixed with acetaminophen (Tylenol 3).

Amitriptyline is an antidepressant that might help reduce the anxiety that accompanies chronic pain, as well as potentially having some anti-inflammatory effects. It can be helpful for dogs with anxiety or for chronic neuropathic pain.

This is the drug with brand name Effexor which is used in people to treat depression; chronic, neuropathic pain, and osteoarthritis.

In dogs, it’s mainly been used for behavior problems but some veterinarians are starting to use it for chronic pain from arthritis as well.